So how did I spend my last few hours of age 28? Playing Wii and watching Gossip Girl! Talk about a refusal to grow up! :) My coworker let me borrow his Wii to check it out. It's really cool! We started (accidentally says Mark) with Boxing...which entailed me trying to figure out how to jab quick enough to get Mark, and hitting Kiley in the face with a right hook! She wanted to see what we were doing (post pulling her out of the Wii bag-have I mentioned Kiley likes bags??) and the cords enticed her. After punching her, she left us alone :) Then we played some Wii bowling, which was really cool after figuring out what I was doing. We finished up with some tennis (which was HARD since I haven't played since I was in high school) and baseball which was only 3 innings and you only pitch and bat. Plus it had weird rules about outs vs. hits. Hmmmm. I think I shall have to play again. 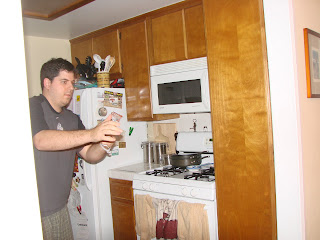 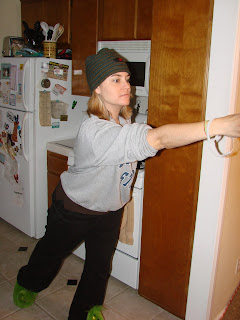 My first game (my score in pink). 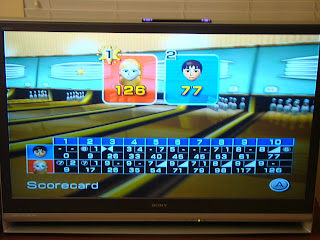 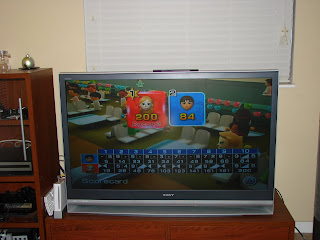 And Mark's reaction to me beating him @ Wii bowling...similar to the face he wears on Monday nights during regular bowling. ;) 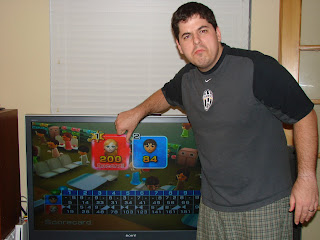 PS---If anyone is up for a glass of Berry Burst Cider, I will be enjoying one (or two) during happy hour tomorrow @ BJs restaurant in Grossmont Center...sometime between 5:30pm and 7:30 or so...swing on by!
Posted by Amy at 10:59 PM

Wii! Happy birthday!
Hopefully Mark was so impressed with the Wii that he'll rush out and buy one with all his gamestop credit so we can bowl when I get back! Frank's house is too far.
Look like you had fun!
ps, good job on putting Kiley in her place, even if it was accidental. 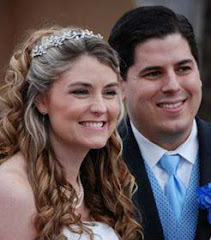